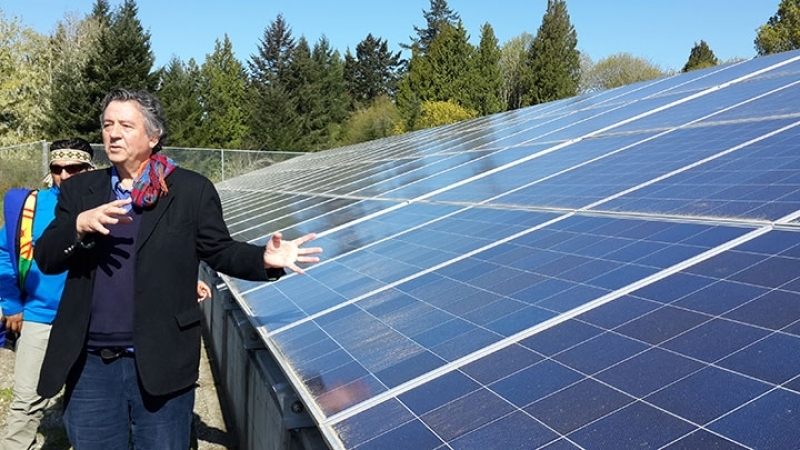 The generation of renewable energy is having more impact in the world.

One of them is the generation of solar energy, that is getting more relevance in lots of countries and particularly in the communities that doesn't have this service.

In the T'Souke community in British Columbia, at the south of the Vancouver Island, Canada, it has been implemented a project of Solar Energy Generation, which has provided energy to all the houses so they can do their activities, making it a more sustainable community.

This project is the biggest energy solar project in the indigenous communities around the world and twice bigger than any in Vancouver.

This project is led by Andrew Moore, Project Manager and has been supported by Chief Gordon Planes, High Authority of the T'Souke Community, Allan Planes, Council and all the Council Board.

For the operation of this project, people of the community has been trained by the highest academic level in Canada, also they have been certified by the Solar Association of Canada, which generates employment that will give incomes for the sustainability of the people and their families.

Also educational programs of solar panels are being  implemented for children and youth, so they can involve and acquire knowledge, because in the future they will be the ones that will make decisions of bringing more technology and making a better place to live.

Without any doubt, this project has improved the life quality of the T'souke community, because provides jobs and academic preparation for their members.