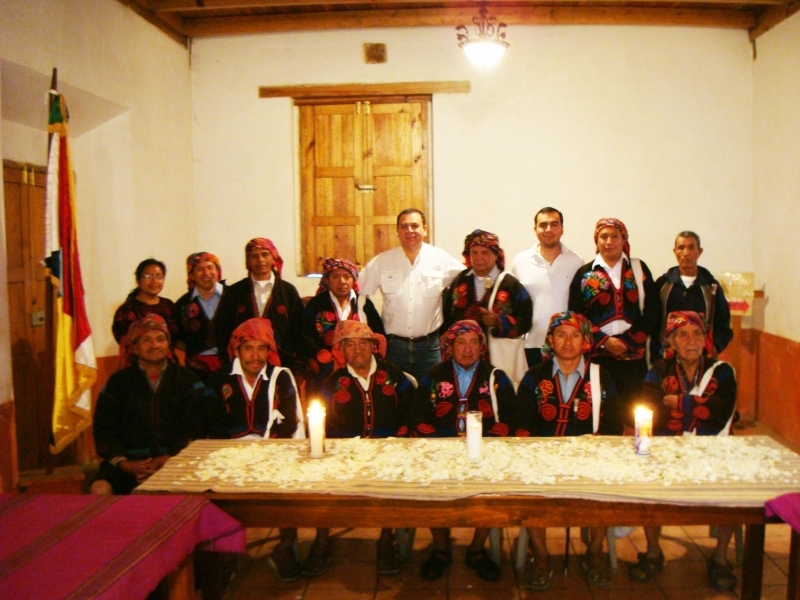 The major part of population is indigenous, of Quiche ethnicity. It is the most important Municipality of the Department, because It is a place with cultural, historical and touristic relevance, as it was here where Popol Vuh was found, Mayan religious book that narrates the origin of humanity. The original writing was translated from Quiche, to Spanish by Friar Francisco Ximenez.

Don Tomas Calvo Mateo, Nim Winak Unab Comalb, that it means: Principal General  of the people and of Indigenous Municipality of Santo Tomas Chichicastenango and Guatemala, He is the highest Mayan highest ancestral authority from Guatemala.

In 2012 was held the Oxlajuj B'aqtun, the New Era, Dawn of Prosperity, the Jun Akabal, which represents a new phase for the indigenous peoples from Guatemala and world.

The ancestral authorities have increased significantly the participation of women and youth in the activities and decisions making, in recent years.

Indigenous Municipality from Chichicastenango is recognized worldwide, so much that Don Tomas Calvo Mateo was invited to travel to North Korea and South Korea, to pray for the peace of both countries, further he has traveled to other events in different nations worldwide.

For being Chichicastenango, the Cultural Crib and a tourist place, indigenous municipality works in liaison with Traders Association and INGUAT (Tourist Guatemalan Institute, for its acronym in Spanish), to provide security for tourists, show them sacred places, to offer them handicrafts and thus generate development economic and social to population.

362. HYDROPONICS AND AGRICUTURAL PRODUCTION 364. GUATEMALAN CHALLENGES BEFORE THE ELECTORAL PROCESS 2015